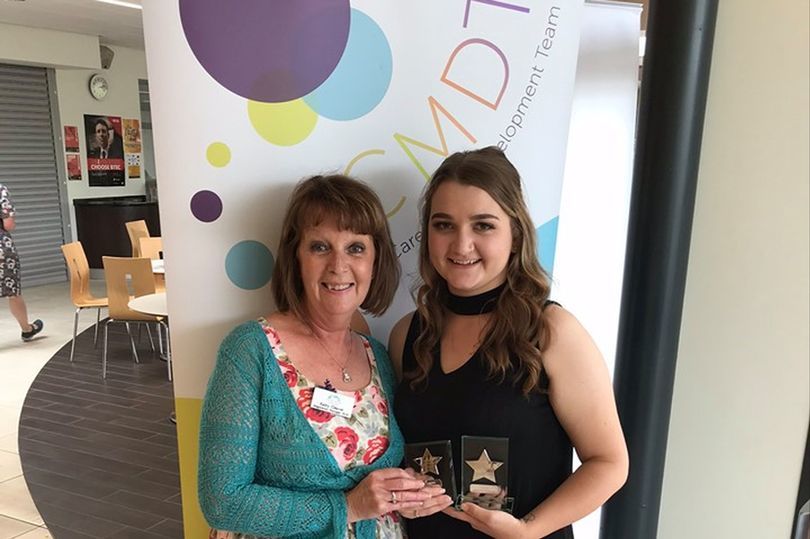 A young carer who selflessly went above and beyond for a cancer patient nearing her end of life has won a special dignity award.

Rebecca Teesdale, 21, followed in the footsteps of her mum, nan and sister to work at Hoar Cross Nursing Home.

And her special bond with an elderly cancer sufferer who was coming to the end of her life has won her a Staffordshire Dignity Award.

Rebecca helped style her hair, took her for walks in the fresh air - even on her days off - and held her hand in her darkest hour.

Kathy Cleaver has been the registered manager at the care home for 13 years and said: "Rebecca was recently a nurse for a resident with cancer who was admitted for end of life care at the age of 72.

"She had a very close family who visited daily who were struggling emotionally with the resident’s diagnosis.

"Every day Rebecca was on duty she gave her person-centred care, offering choices and supporting her to make her own decisions.

"She applied the resident’s makeup and made sure her hair and nails were done as the resident always liked to look smart.

"She also supported the family with empathy and compassion and came to work in her own time to take the resident out as she loved having fresh air.

"As the lady’s condition gradually deteriorated Rebecca continued to support her with respect and dignity, taking in to account her choices and preferences.

"She had a horse-riding fall and damaged her ankle, which meant she had to take sick leave, but she continued to have contact with the family, giving emotional support to them over the phone. 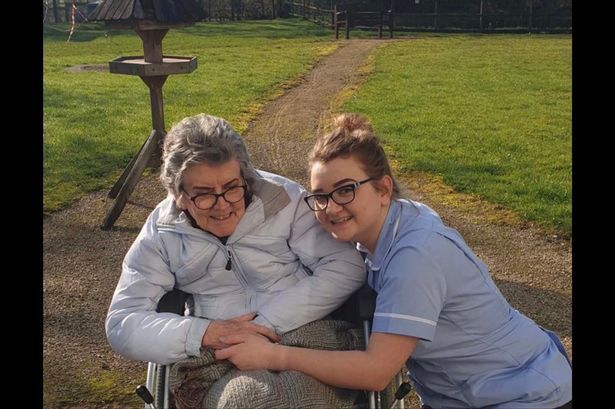 "Sadly, the resident's condition deteriorated further and Rebecca came into the home while still on sick leave and sat with her, holding her hand, talking to her and playing her favourite music. She did this with compassion and care.

"As her manager I have nothing but respect for the way in which Rebecca not only cared for the resident so very well in the final days of her life, but the loving supportive care she gave to the family, whilst being unwell herself. If all carers were a Rebecca, the world would be a better place.

"That is why I nominated her for the Young Dignity Champion award in the Staffordshire Dignity in Care Awards."

Rebecca, who lives in Burntwood, said helping others is in her nature and she was surprised to win the award.

She said: "I don’t really think of what I do as going above and beyond. It is just in my nature.

"I am not doing it to be recognised; I just want to make the residents feel special. Some families adapt to their loved ones being in a home fairly easily while others need extra support.

"I was definitely surprised to hear about the award. It was a big thing just to be nominated at such a young age but to win was just incredible and very unexpected.

"The whole job is rewarding because you are doing something to benefit somebody else, but to be recognised is amazing."

Alan said: "Once again it is great to see  carers being recognised, from those working in care organisations to those in the voluntary sector and especially those looking after family members and relatives.

"One thing all these people have in common is that they put dignity at the heart of everything they do.

"That’s why we host our awards which gives us the chance to celebrate this and thank them for the great work they do and the difference they make to people’s lives.

"I would like to pass on my congratulations to all the winners and runners up and to everyone who puts dignity at the centre of everything they do."

We use cookies on our website to give you the most relevant experience by remembering your preferences and repeat visits. By clicking “Accept”, you consent to the use of ALL the cookies.
Cookie settingsACCEPT
Manage consent

This website uses cookies to improve your experience while you navigate through the website. Out of these, the cookies that are categorized as necessary are stored on your browser as they are essential for the working of basic functionalities of the website. We also use third-party cookies that help us analyze and understand how you use this website. These cookies will be stored in your browser only with your consent. You also have the option to opt-out of these cookies. But opting out of some of these cookies may affect your browsing experience.
Necessary Always Enabled
Necessary cookies are absolutely essential for the website to function properly. These cookies ensure basic functionalities and security features of the website, anonymously.
Functional
Functional cookies help to perform certain functionalities like sharing the content of the website on social media platforms, collect feedbacks, and other third-party features.
Performance
Performance cookies are used to understand and analyze the key performance indexes of the website which helps in delivering a better user experience for the visitors.
Analytics
Analytical cookies are used to understand how visitors interact with the website. These cookies help provide information on metrics the number of visitors, bounce rate, traffic source, etc.
Advertisement
Advertisement cookies are used to provide visitors with relevant ads and marketing campaigns. These cookies track visitors across websites and collect information to provide customized ads.
Others
Other uncategorized cookies are those that are being analyzed and have not been classified into a category as yet.
SAVE & ACCEPT
Powered by